Three years ago when we set up stakeholder groups to work together on fodder/livestock issues in Ethiopia, we were worried about the sustainability question. Who would facilitate such groups after our Fodder Adoption Project and the Improving Productivity and Market Success projects phased out?

With this in mind, this year we devolved facilitation of the groups to the local government line departments at district level.

In Ada’a this seems to have paid off since the group has continued to meet and to set its own agenda. The impetus for the meetings has come from various sources. The last meeting was called by Godino Dairy Cooperative. As a result of that meeting, further negotiations have led to the brokering of a deal between Godino farmers and the well established Ada’a dairy cooperative for sale of milk. This provides semi-rural farmers with a steady market for their milk.

On Monday, a further meeting was called by IPMS – this one attracted a large number of private sector players – a new development. These included some of the local Dutch farms which combine commercial and social objectives. But also private feed companies. One of these companies offered to host the next meeting. This indicates that there is now sufficient momentum in the stakeholder group that it will continue once our projects have gone.

Why do people come to these meetings? Probably because concrete innovations emerge from the discussions – they are more than talking shops – the interactions among stakeholders lead to change on the ground such as the milk deal we  observed recently.

Let’s see what Monday’s meeting will lead to …. 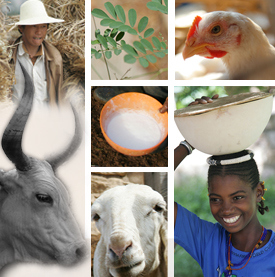